These are words that aptly describe Noah, a resident on the Villa campus, part of our True North program. It is hard to believe this is the young man who had previously spent so much of his life fighting. Who he is today is the person he calls “the New Noah.”

“The Old Noah fought,” he says. “But about a year ago, I realized there was no point in fighting anymore. My ‘fight’ is still inside me, but it’s not something I act on. It’s deep inside. It’s not worth dying for.”

The New Noah is a prolific writer, who has stacks of notebooks in his room at the Apex cottage on campus. The notebooks are covered, edge-to-edge, in meticulous handwritten rap lyrics, that tell the story of his 17 years of life.

In many ways, it seems Noah has lived several lifetimes already. As a child, he grew up with his single Mom, two siblings, and many half-siblings who came and went from the household. He says his mother always did her best to give them happy lives. But as he wrote in one of his songs:

During fourth grade, my momma died and that’s when all hell arose.
Wore hoodies every day because my heart was feeling cold.

At that point, he notes that his world fell apart. He went to live with a relative, but got into so much trouble in and out of the household that he was frequently “kicked out.” He lived for several years not knowing where he’d be sleeping that night, if he would eat, and how many days he’d have to spend in the same clothes. He sometimes stayed with friends, at halfway houses, or with girlfriends. He recalls one of the worst nights he lived through was sleeping in a dilapidated boat inside an abandoned factory in his neighborhood.

It was during these years that he came to know the depths of grief. He became a teen father at 15, only to then experience the death of his infant son. Noah writes:

Stealing, truancy from school, fighting … all became his coping mechanisms, as his life spiraled out of control.

A second chance is something every kid deserves. Any parent among us knows we have given our own children second chances; and even third and fourth chances.
But what happens to a kid – like Noah – homeless, without hope, and without guidance?

For Noah, the dawn came when a judge who he was facing in court gave him an alternative to jail; and that alternative was the Villa’s True North Program.

“When the judge said he was planning to send me here to the Villa, I was so grateful,” says Noah. “And he told me he wanted me to do one thing. He wanted me to write him a letter in five years from now, telling him where I was at.” When asked if he plans to do so, he seems surprised. “Of course I will,” he says, “I would never forget something like that.”

Noah has become deeply reflective, and is determined to make the most of the chance he now has. “Noah is kind, patient and has very unique characteristics,” says LeVar Sanders, Director of Work Based Learning. “His willingness to support and mentor other youth on campus shows that he has what it takes to be a leader in our community. His love is to write music which tells his life story.”

His prolific creativity landed him an internship in the Villa’s Marketing Department this year, where he flourished. The paid internship is supported by the Villa’s innovative Work Based Learning program, and is in line with Noah’s goal of becoming a professional graphic designer. He has always been a good student, and now sees college in his future.

In his time on our campus, also, Noah has honed his problem solving skills. True North at the Villa – designed to accommodate the New York State Raise the Age law change – is a brand new program. It was created to meet the ever-increasing needs of youth referred for therapeutic residential care, and is specialized, intensified and focused programming for young men. It helps them learn personal and work skills to make connections in their community for an independent future.

Noah had some thoughts about modifications that were needed in the program; he spoke to staff about his feelings and solutions, and he was encouraged to formally propose these solutions. He ultimately did so to President/CEO Chris Gullo and other members of the Executive Leadership team, and was well received.

Even more important than creating positive change for others, however, is how Noah feels today. “I feel awake,” he says. He adds he has made amends with his demons, and has met a lot of staff who truly care about him, and have helped him cope – with recreation, and through art, video, design, and his ongoing writing.

In his own words:

People do anything for money, fame,
no matter the price
But is it really worth selling your life
Can someone remember when
I wasn’t living right…
Drop to my knees, pray to the Lord
that he can still watch over my life
God is real, answered my prayers
Gave me a new life

The “New Noah” thinks about his life, and the Biblical character for whom he’s named. “The Noah in the Bible wasn’t perfect,” he says. “He had problems. He went around telling everyone he had to build an ark, and he was considered ‘crazy,’ and was an outcast. But he listened to God, went through the storm, and was most prominent and successful. And he achieved peace and rest.”

In the future, Noah sees himself with a job doing what he loves. Art. Music. And helping people out who need it.

One of his songs is called “Better Days,” and that’s what he aims for, seeing a house, a nice car, a wife and family, and a dog to go along with his perfect job. Most of all, he longs for stability, peace and rest. He says, “I want to live up to what my name stands for.”

LeVar Sanders adds, “Everyone has a purpose, and Noah’s purpose is to . . . be the light we all want to see.”

“We all have potential,” says Noah. “I think we are all born kings. We just need to each, in our own way, find our seats at the royal table.” 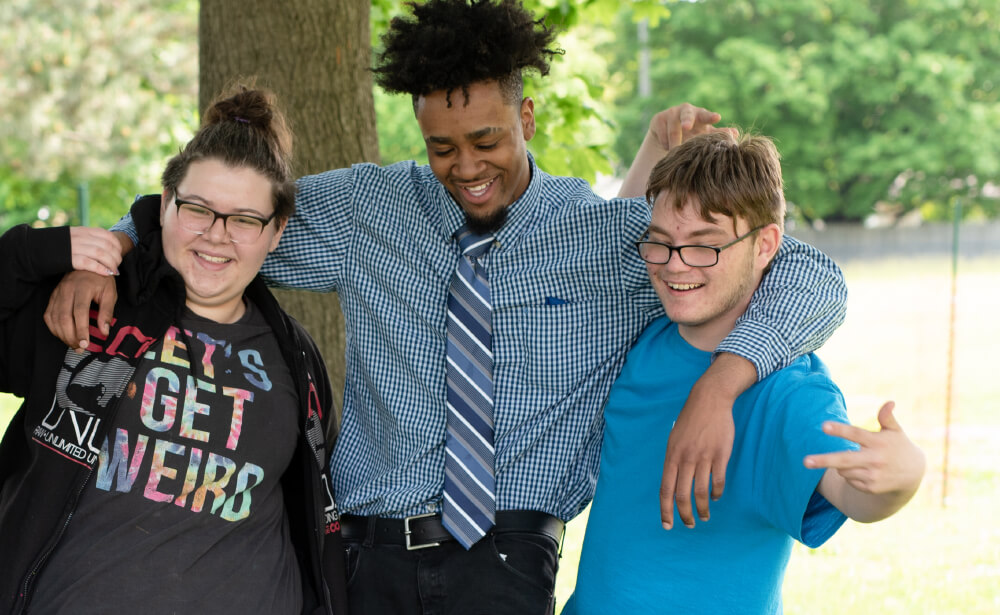